In the heart of Cardiff is Lab 22, a unique venue offering a truly scientific approach to your sense of mixology enjoyment. Sleek and chic yet abundant in character, Lab 22 is the place where real magic happens. A place where elements collide and senses come alive.

Lab 22 encourages the extraordinary and encourages the unusual. A creative cocktail bar where you experience an array of liquid delights, uniquely created by some of the cities finest mixologists. Here's what general manager Elliott Skehel had to say about all things Lab 22 and mixology! 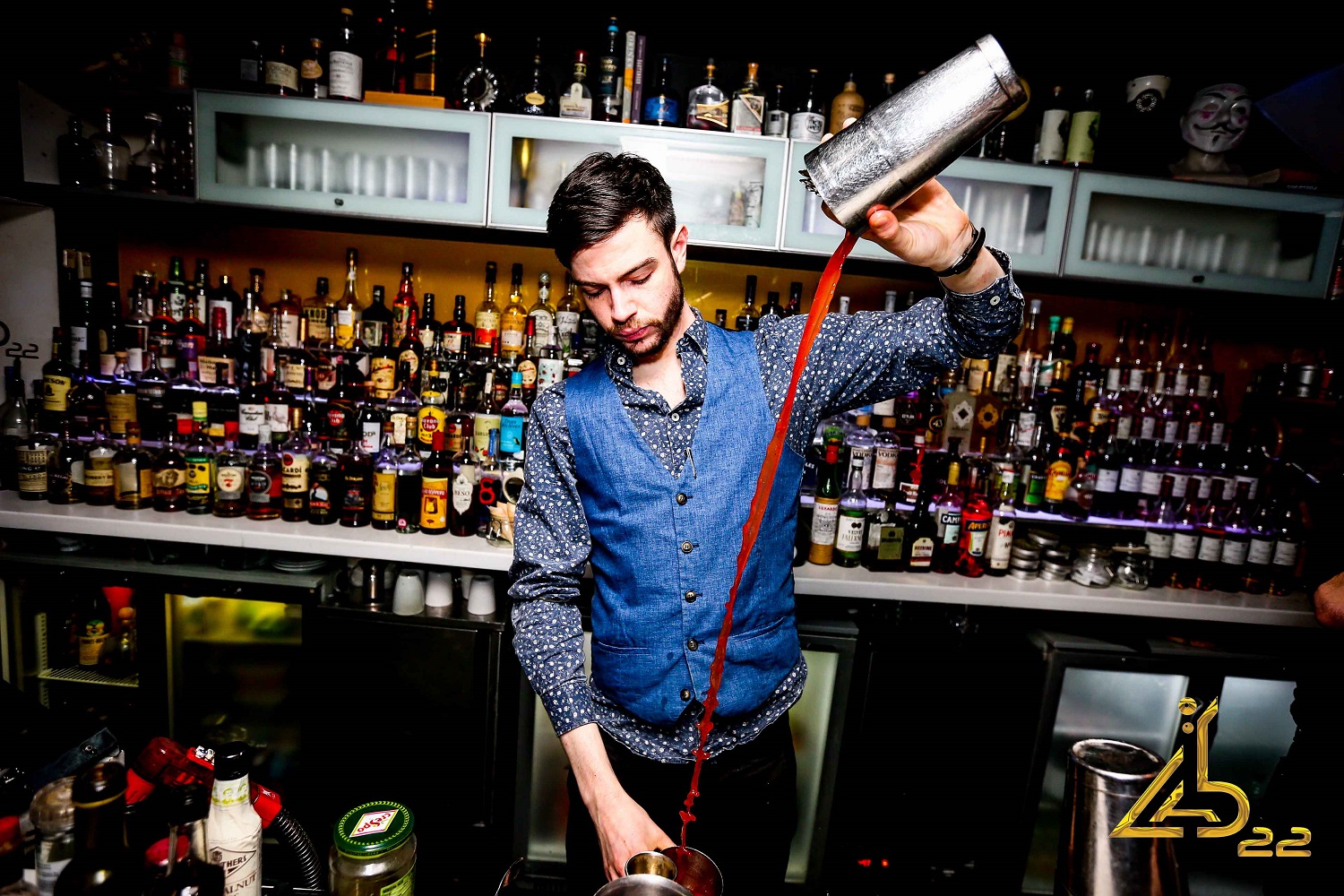 "I started my tenure at Lab 22 during August 2015. It was my first job post university; my first step into the adult world. Whilst I had lived in Cardiff the 3 years prior attending said university, the majority of friends and connections I had made had moved on, just like I had.

Like a lot of people who first enter the industry on a full-time basis, I never intended it to be my calling for much more than the immediate future. But the creativity, independent learning, and unique challenges each individual day presents has kept me hooked ever since. I found a new home.

In the years since, I feel I've seen many an unsuspecting drinker fall to the same trap. A vast amount of the meaningful connections I've made in Cardiff have occurred via conversations held across either side of the bar. It's always a joy to have a new friend join us for the first time, update us on what they've been up to since the previous, or the most bittersweet interaction of all, say goodbye for the last.

The differing characters of those I've met from all walks of life whilst running the stick at Lab 22 will always be a personal highlight. I know full well that should I, or anyone else pop in for a drink without a friend, I'll be sure to leave with a new one. It's as much our guests that make the bar special as any of the team who work it. 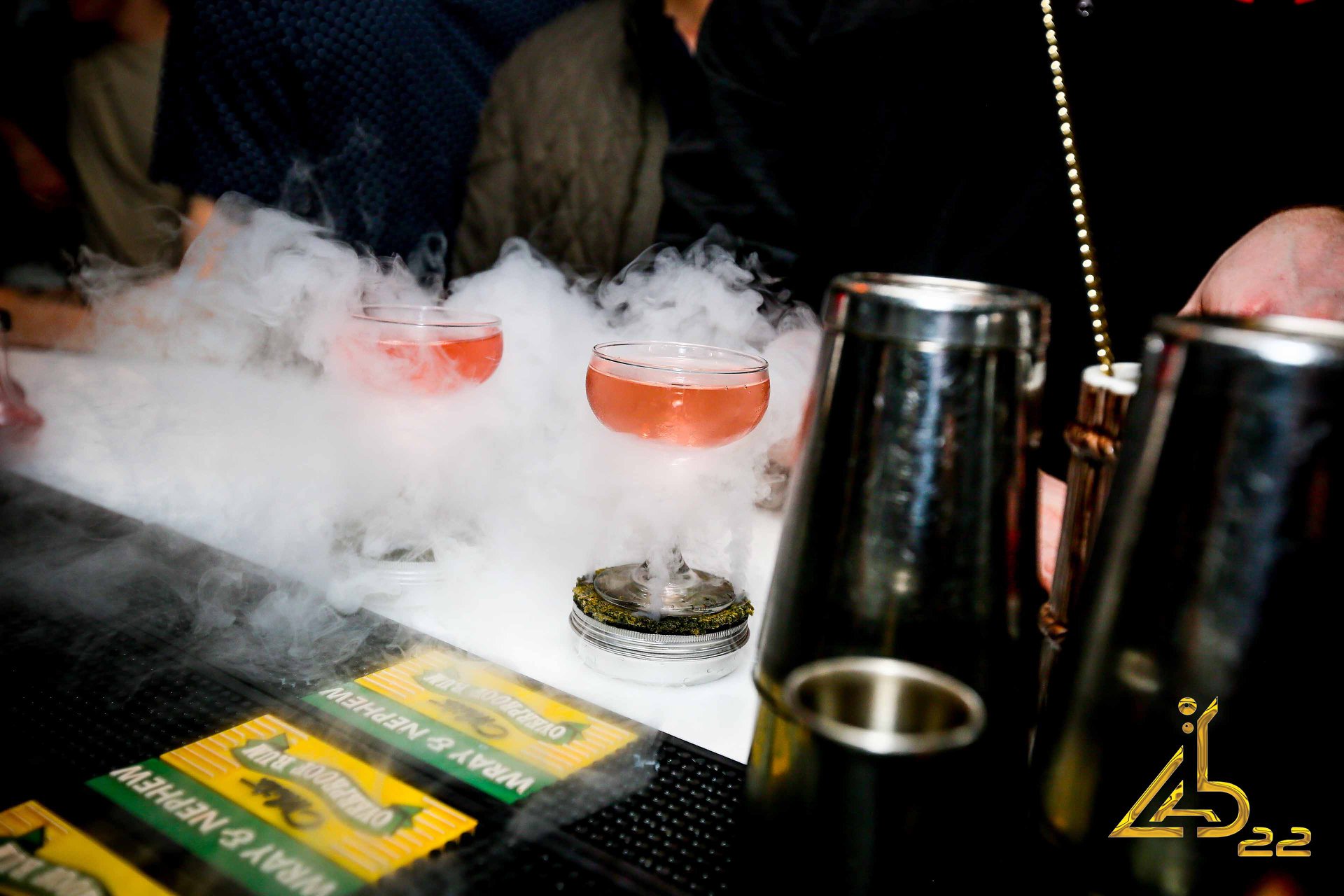 I've always felt that the of the specifications that make up a great cocktail, the liquid itself being imbibed is relatively low down the list of priorities for you to seriously enjoy your libation.

As touched on above, so much of it comes from the environment in which your residing, and those who are around to share the experience with you, but beyond that, something we've been attempting to dive further into is the idea of multisensory cocktails.

The best cocktails I've ever enjoyed are not always due to the liquid, but the experience and sensation that goes along with it. Whilst we cant recreate the sun-setting along the southern peninsula of the Spanish coast, we can offer more than just the liquid. Sight, smell, and your other senses offer just as much to taste as your tongue itself, and since these senses take in the drink presented in front of you before your tongue, you may even argue that your mind is 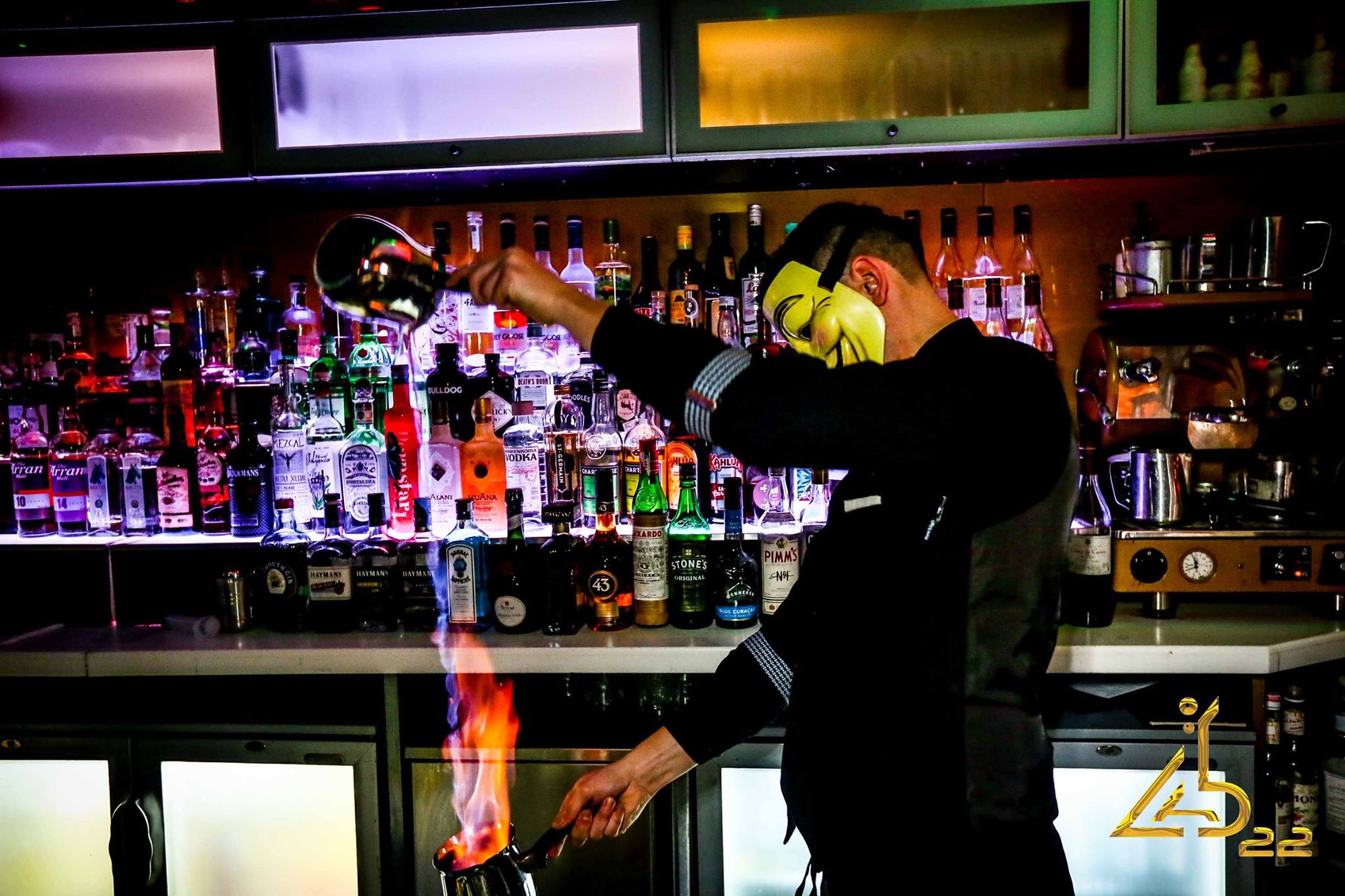 already made up if you're going to enjoy this particular offering before you even take a sip.

Taking your garnish game to the next level is vital for us, long gone are the days of a lemon twist thrown on for good measure. We're thinking about how to maximise the visual effect, smell, and even audio (yes, I said audio); imagery is only going to enhance the experience.

We really feel we're the bar in Cardiff offering this best. If you'd like to know more about what the next trend might just be, pop in any day, any time, and we'll tell you what we did yesterday, and how that relates to your tomorrow.

Every on-menu signature cocktail has its own story, not just about how it adds to our menu, but in how we created each individual drink.

One that is close to my pretentious heart is the

(pronounced Om, Ohm, or Aum). Shortly before we devised our most recent menu I was fortunate enough to travel around the Himalayas and Nepal, trekking to Everest base camp. The flavours and serve behind this concoction are all inspired by the culture and lifestyle I experienced.

A big feature of mountain life was that of Masala Tea, a selection of brewed spices very much similar to that of Chai, which is usually taken very sweet with milk rather than water. Whilst the sweetness remains in Masala mountain brew due to extreme altitude dulling one's taste buds, Everest National Park has very strict conservation laws making animal supplements hard to come by, meaning cow milk is often substituted for the milk of a coconut to add creaminess and flavour. We then add a spoon of Soy yoghurt to emulate a creamed texture, as well as relying on the natural acidity of yoghurt to balance out the sweetness of the brew. The drink is served in a traditional style terracotta cup with a Kamasutra playing card to insert the idea of the interconnectivity of your immediate enjoyment and long-term spirituality. 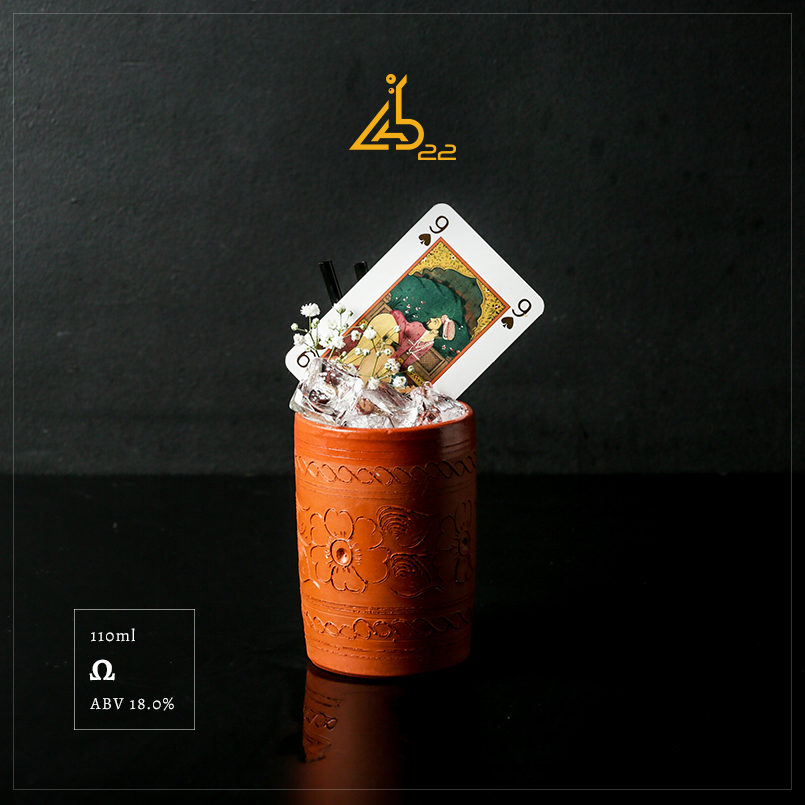 As a bar as a whole, we're opting for a higher level of consciousness and responsibility in what we do. The threat of our dwindling natural resources is a hot topic for our youthful but ageing clientele, worried for the planet we're soon to inherit and eventually leave to the next. Sustainable hospitality is something we're all hugely passionate about here. Whilst we might not abide to all the stereotypes of the hipster bartender- having beards, average to poor tattoos... caring deeply for mother nature is something we're all fully behind.

Across the UK the challenge has been laid down for us all as individuals to do our bit, and we're attempting to do just that, plus a bit more on the behalf of those that might be letting the side down. At of the start of 2018, Lab 22 ditched plastic straws in favour of potato starch, 86'd (bar slang for "got rid of"), paper napkins in favour of cork coasters which don't cut down or limit tree growth, and even removed the majority of fresh fruit from the menu in an effort to turn our carbon footprint into a green thumb.

We certainly know where we're heading when we're next in Cardiff!

Want to see what our past Mixologist Diary entries included? Look no further... 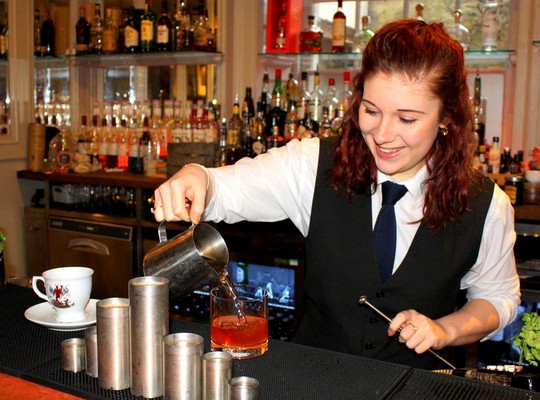 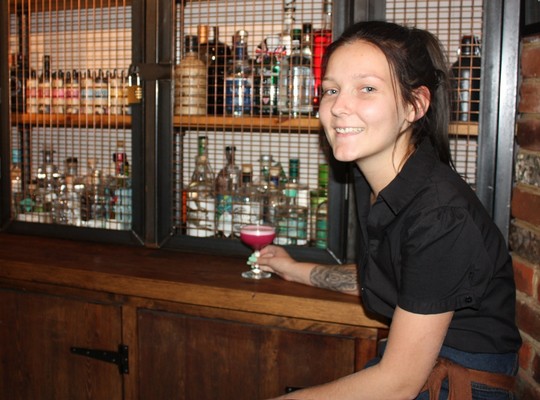 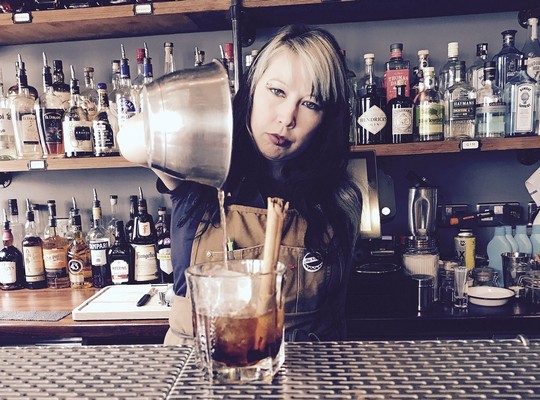 Catch up with Cat and why she thinks Rum is fantastic! 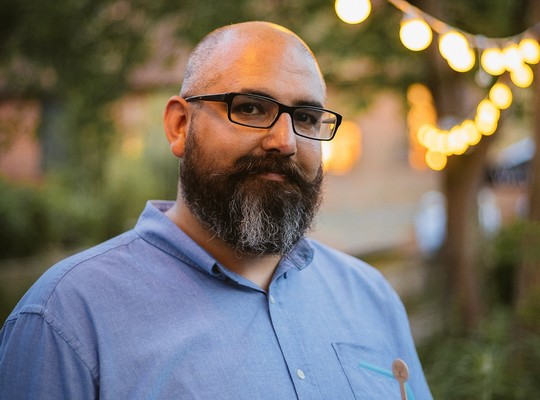 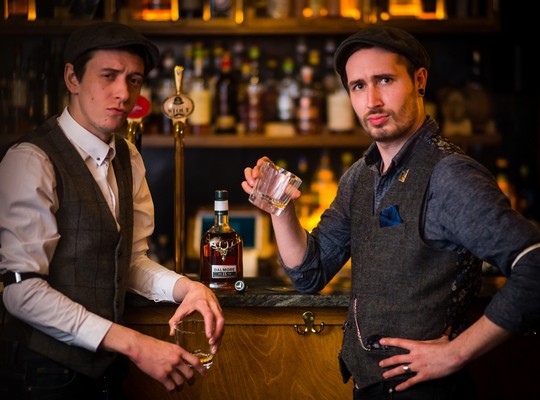 Meet Bath's own peaky blinders and their love of whisky! 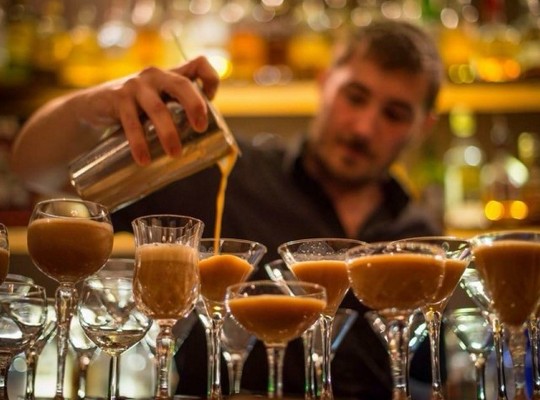 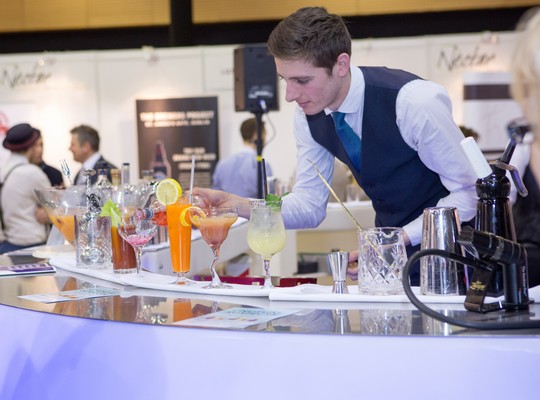 For that something special for Mum!