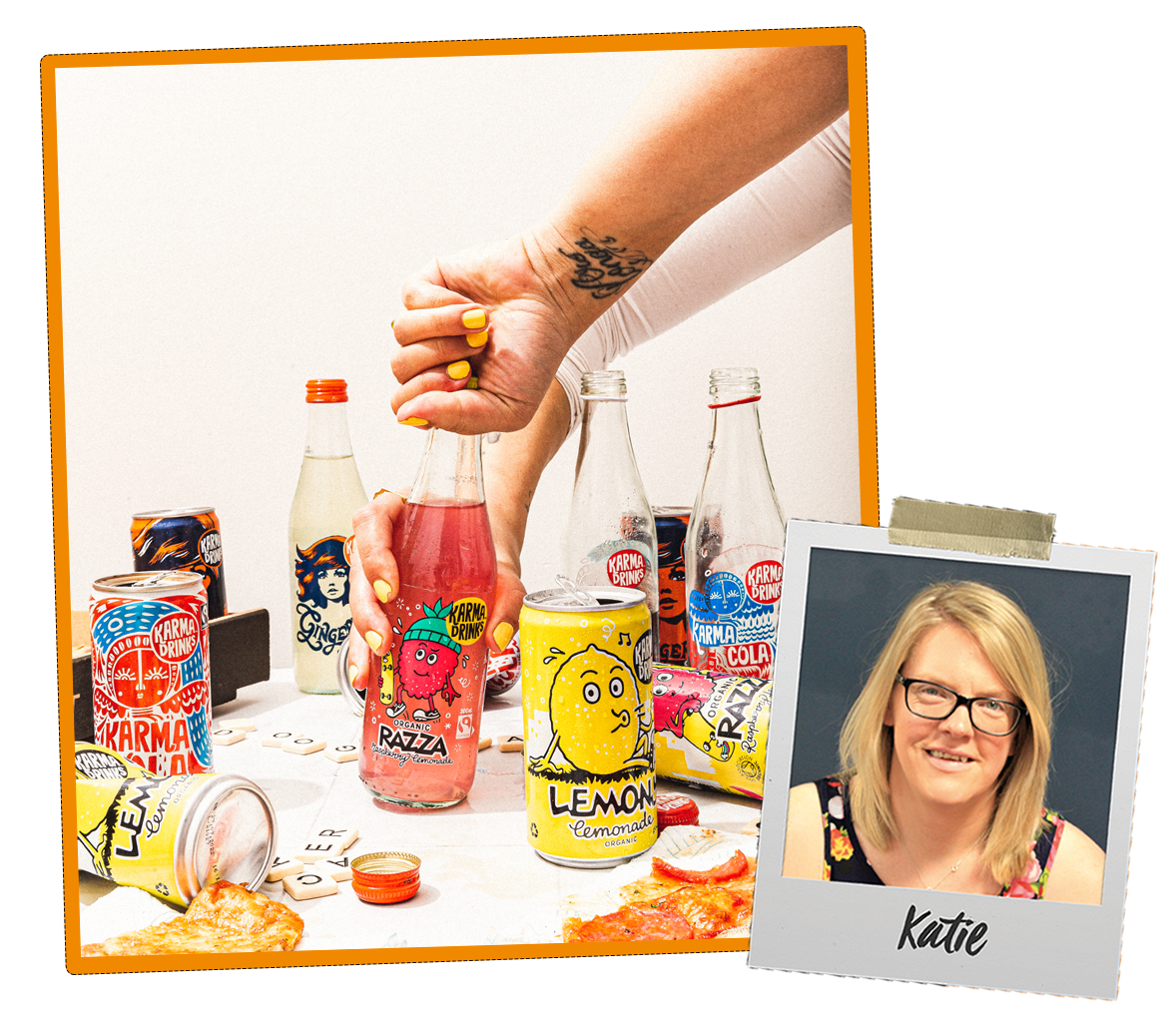 Karma Drinks are a small company on a big mission - to make the most ethical soft drinks in the world.

The world drinks more than a million colas a minute but none of the money goes back to the people who originally discovered the stuff. So Karma made a drink to fix that. Back in 2010, they made their first bottles of Karma Cola. They wanted to create something that would connect buyers with farmers, in a way that respected everyone and everything involved. 1% of revenue from every drink goes back to the villagers, and with the guiding force of The Karma Foundation, they're able to deliver trade, not aid and do good with every drop.

After putting the karma back into cola, we became Karma Drinks - bringing you all your cult organic and Fairtrade fizzy favourites.

Lemons get a sweet and tangy twist in Razza, their punky pink lemonade. Fruity, fizzy and fearless, it gets its feel-good flavour from natural raspberry, organic lemons and Fairtrade organic cane sugar - so he== tastes good and does good too.

An artfully blended serve with an invigorating lemon and lime base accentuated with... Read on