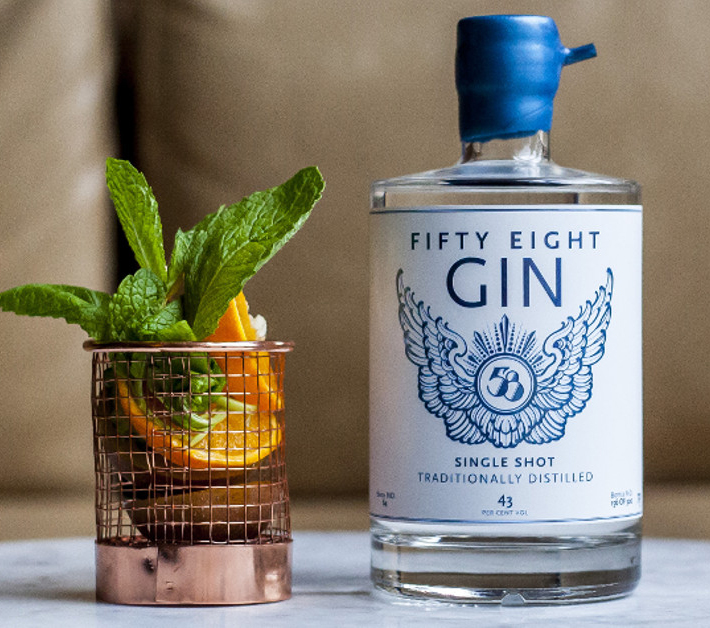 The 58 Gin story began when Mark Marmont moved to London from Australia. But it wasn't until settling near to The Bar With No Name, that Mark discovered what would become his true passion.

Shortly after arriving in London, Mark became a frequent visitor to the bar, sampling the multiple gin-based cocktails on offer. Before long, Mark was fully immersed in investigating the distillation process and exploring how gin was made as he couldn't find a gin that he liked. In the couple of experimental years that followed, Mark became affectionately known as 'Moonshine Mark' by the regulars at the bar. It was during this time that he perfected the recipe, and 58 Gin was born, named after Mark's house number.

58 Gin is produced in a traditional manner using alembic copper stills - the distinctive smooth and clean taste of the gin is largely down to the single shot distillation process.

New to Nectar this month is their Distilled Sloe, Original and Pink Gins.

Alternatively, view all of our spirits here.