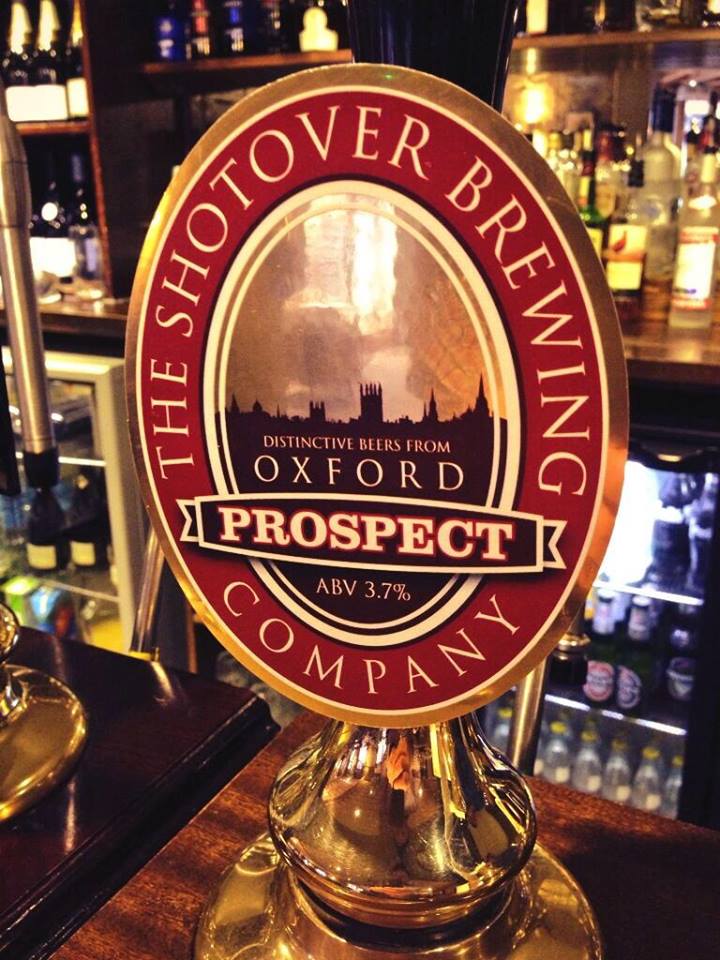 Shotover Brewing Company was founded in 2009 by Ed & Pip Murray in a 200 year old stable at Manor Farm in Horspath, just four miles from Carfax at the centre of Oxford, on the southern slope of Shotover Hill.

Ed had been an amateur craft brewer for over thirty years, having gotten the bug from his father.  Ed's passion for brewing didn't even stop when working as a VSO volunteer in Sierra Leone, where he used his bath in Freetown to make ale.

Combining traditional British brewing methods and ingredients, with some striking combinations of English and new world hops, means that the team at the Shotover Brewing Company produce beers with distinctive full flavour and complexity.

Prospect is Shotover's session bitter. Though comparatively low in alcohol this beer is made with more malted barley than many 4%+ABV beers and is packed with a combination of English and new world hops to give a surprisingly big mouthfeel and a striking dry hoppiness that is very moreish. A classic pale copper English bitter colour, Prospect is perfect for a few pints in the pub, watching sport or for parties and barbecues.
Next article >
< Previous article