Doghouse Distillery is an independent grain distillery located in Battersea, London. They have a full micro-brewery, 3 rectification columns (a total height of 21m) and a 1500 litre copper pot still. 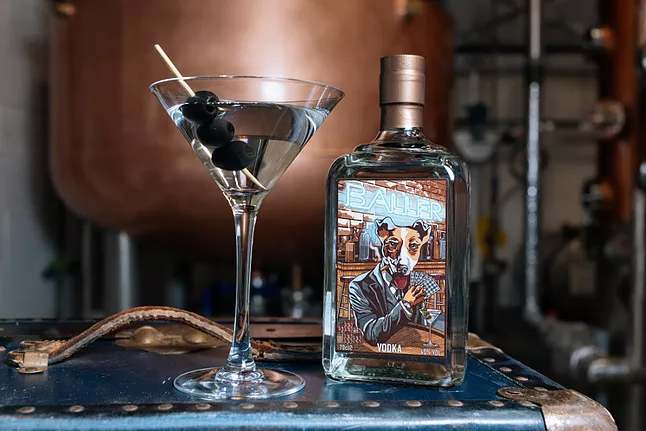 In the Doghouse, the team are pioneering 'grain to bottle' gin and vodka in London, being the first distillery in recent years to make gin from scratch, and one of only a handful at this stage in the whole of the UK.

The idea of creating a grain distillery arose in the mind of their 'Head Hydrator' Braden, back in 2014. And it took three years and a lot of hard work to get them into production in late 2016.

The Doghouse Distillery are passionate about handcrafting each and every one of their drinks from scratch. They want to control their uniqueness and quality. It doesn't just stop at their vodka and gin - they'll be true grain distillers capable of producing many interesting drinks from the primary raw material from scratch. Watch this space!