Between Spain and the New World 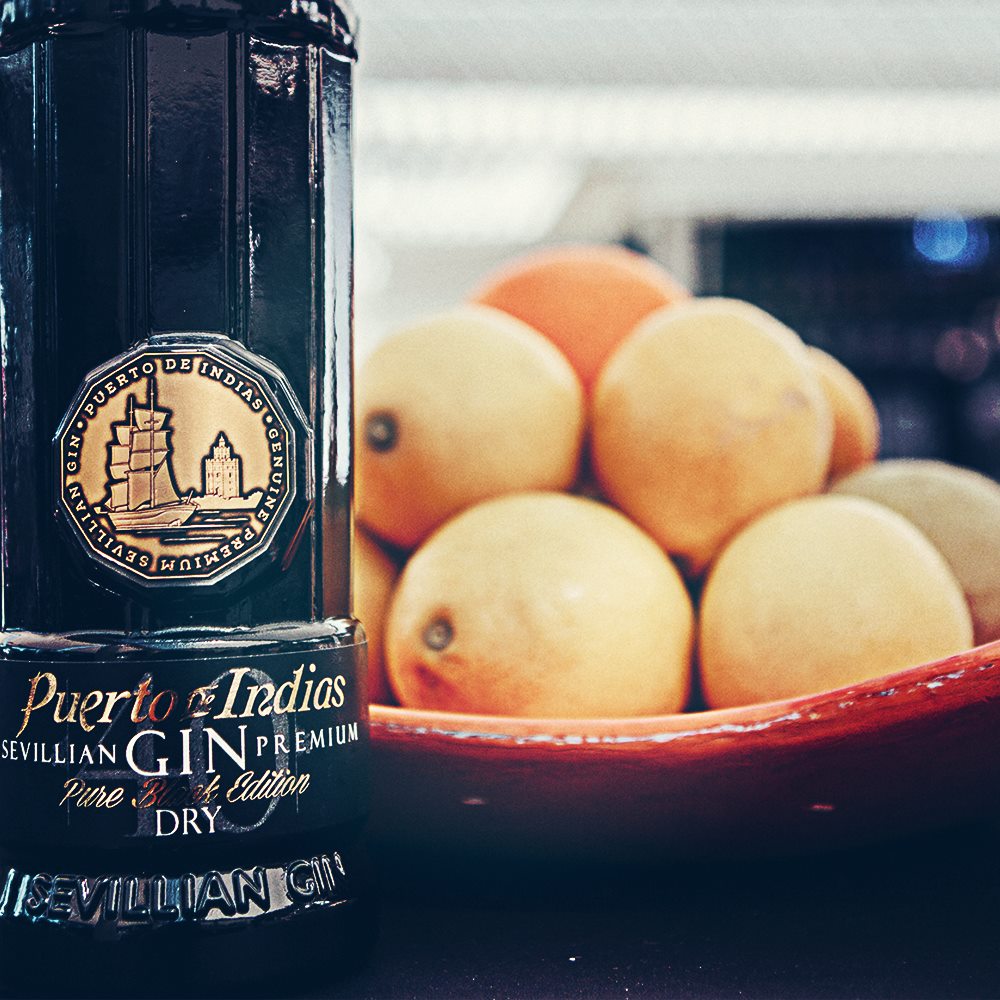 Puerto de Indias is a premium gin made in Carmona, Seville, in one of the oldest and most traditional distilleries in the province of Andalusia. Its name relates to the discovery of the Americas around the time when Seville was quickly becoming one of the principle trading ports for the exchange of goods between Spain and the New World.

The flavour of Puerto de Indias Black is obtained from ingredients from the Andalusian springtime during its production process. The distillate has a body and flavour especially recommended for consumers with a preference for stronger, more bitter flavours.

With a crystal clear appearance, the gin has a strong flavour of juniper and citrus, with notes of select ingredients such as jasmine and vanilla, as well as light touches of orange blossom. Its flavour is intense and bitter, with a well-rounded character provided by the juniper.