TAKE A LOOK...at Hogs Back Brewery 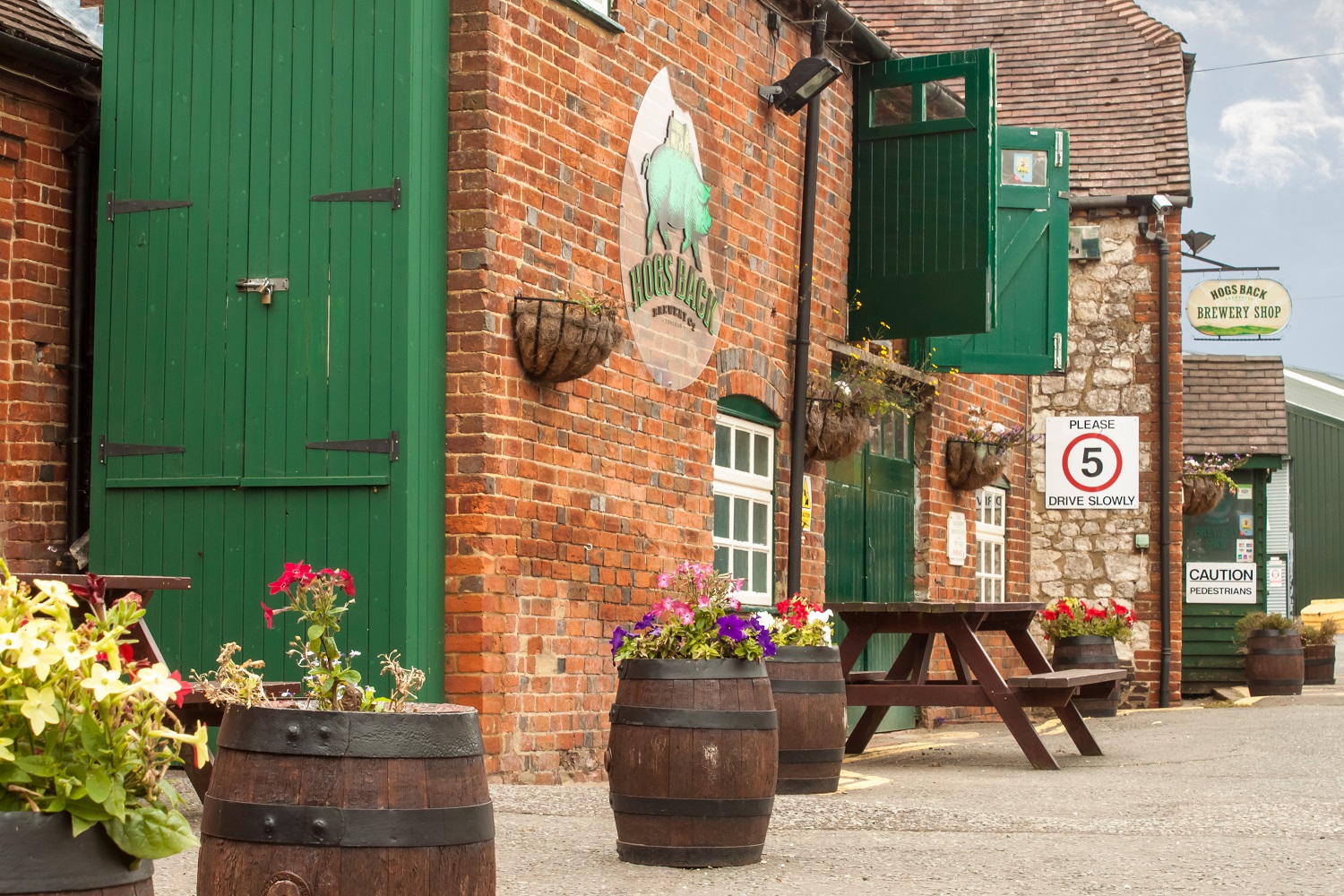 The Hogs Back Brewery is a small family-owned brewery tucked away in the village of Tongham, between Farnham and Guildford in the heart of the old Surrey hop-growing region. The name refers to the iconic road, less romantically referred to as the A31, running along the ridgeway overlooking the Surrey Hills where the Brewery is based. Here, we take a look at the brewery and their field to firkin story.

Hogs Back first opened their doors in August 1992, an 18th century farm which appropriately once housed hogs and it is where you will still find them today.

The most iconic of the Hogs Back's award-winning ales is the very first beer they produced, TEA (Traditional English Ale), which was an instant hit and still makes up about 60% of their total brewing production.

TEA is a refreshing, hoppy and well balanced, light amber coloured, best bitter. It has won Gold in the Best Bitter category at the Great British Beer Festival in 2000 and was runner up Champion Beer of Britain and subsequently has gone on to win countless national and international awards. TEA is brewed with 100% Fuggles hops which are all grown in Hop Gardens within 5 miles of the brewery including from our very own garden. Fuggles gives TEA a lovely, robust flavour which is complemented with a rich, malty sweetness from local malted barley.Away from the hop-forward, fruit-infused beers which are available on the bar, TEA offers the traditional, less complex best bitter flavour that is enjoying a new renaissance with craft ale drinkers. 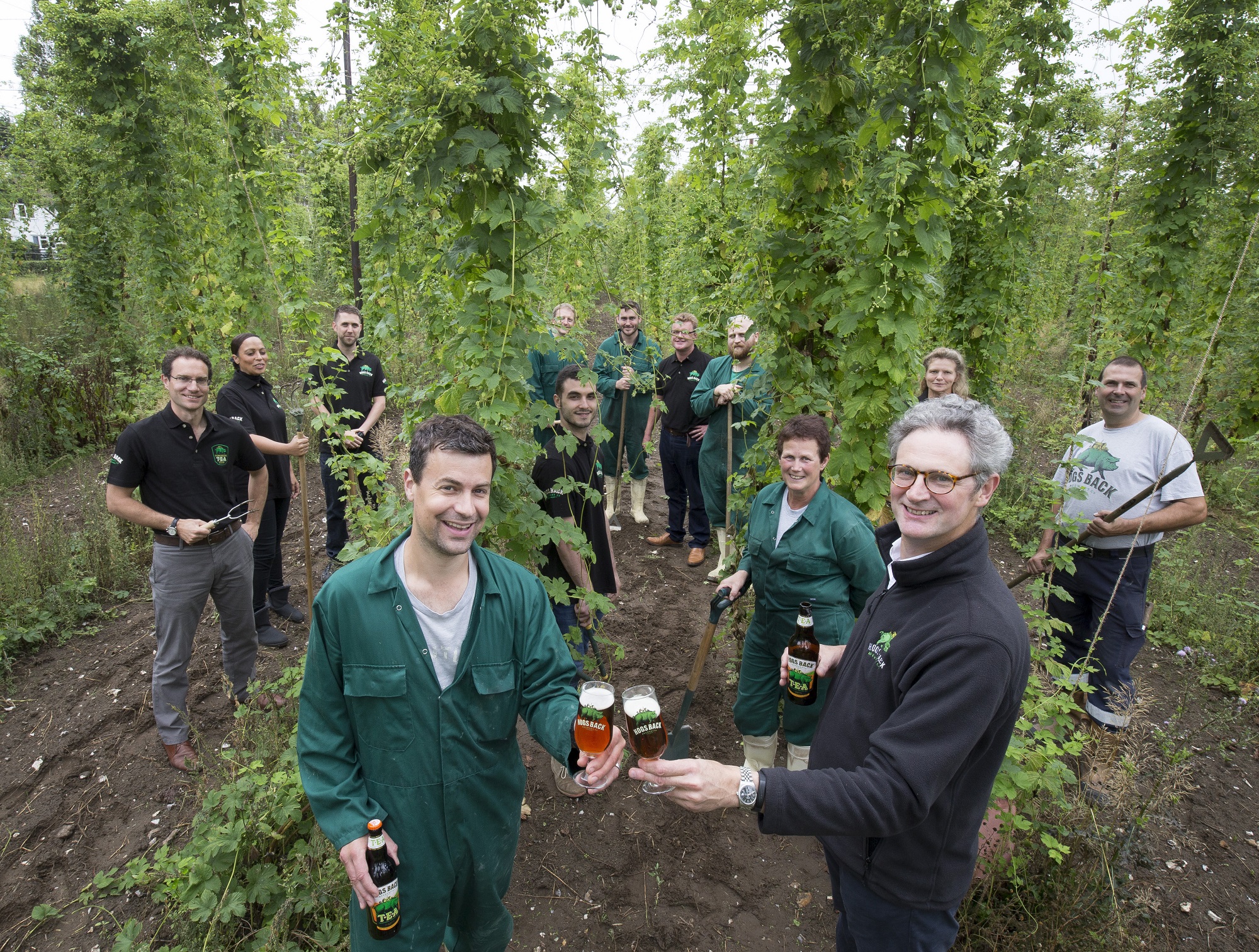 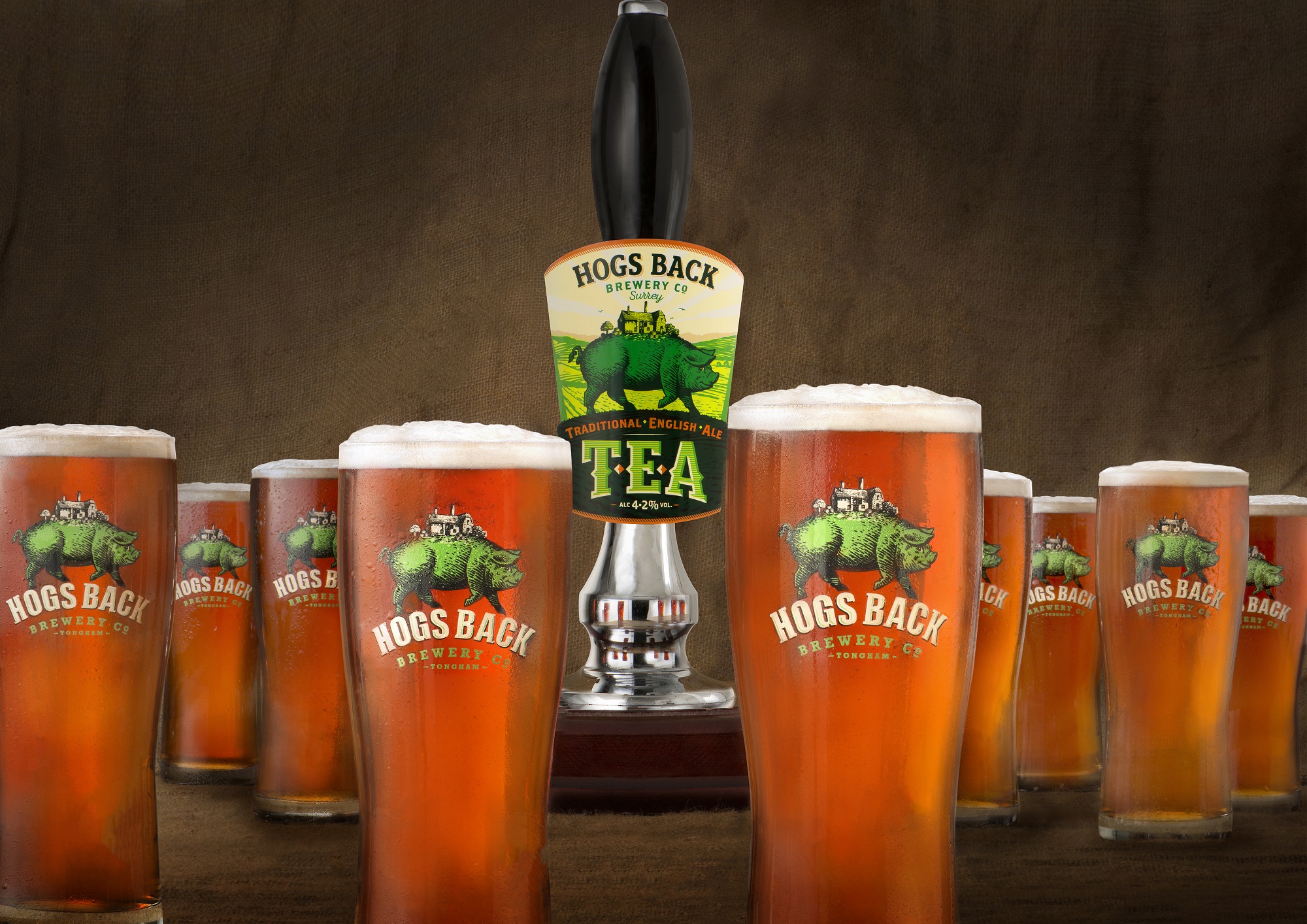 In 2014, Hogs Back planted their own traditional hop garden, just across the road from the brewery. It was the first new hop garden in the immediate Farnham area for over 100 years and has become quite a local landmark, with many a traveller stopping to take a photo.

They grow three varieties of hops:

Following the hop harvest in September 2018, work got underway to take everything down and move all the hop plants to a new Hop Garden just behind the brewery. The new garden is close to three times the previous garden and makes us the largest combined Brewer and Hop Grower in the UK. After a year to settling the hops in, they are expecting their new hop garden to provide 50% of Hogs Back's total hop requirement from this year's harvest. The next step this year is to construct a hop kiln so, once harvested, we can dry the hops on site to complete our 'Field to Firkin in a Furlong' vision, significantly cutting our carbon footprint.

We'd be delighted to welcome Nectar customers down to the brewery and give them a tour of our Hop Garden with a tasting of some of our other beers. The Garden looks best in the summertime so please contact ku/oc/kcabsgoh//selas to make arrangements for a visit this summer.