Hailing from the heart of an island locals call 'Isla del Cocodrilo', whose unusual shape resembles that of its native crocodile, Eminente is a new Cuban rum.

Imagined by César Martí, the youngest Cuban Maestro Ronero (Rum Master), Eminente is a rich and full-bodied rum that draws its inspiration from 19th-century Cuban sugarcane eaux-de-vie, with all their complexity. Read on to find out more about this superb addition to our rum portfolio.

The Central Province of Villa Clara is the birthplace of César Martí, one of the island's ten Maestros Roneros. Growing up in sugarcane fields that stretched "as far as the eye could see", he learnt his craft from his grandparents and maternal family who, having worked in the sugar industry, passed on to him generations of know-how. Through his expertise, and the desire to craft something truly unexpected, César looked into the history of Cuban Rum and created Eminente, a rich and full-bodied rum. 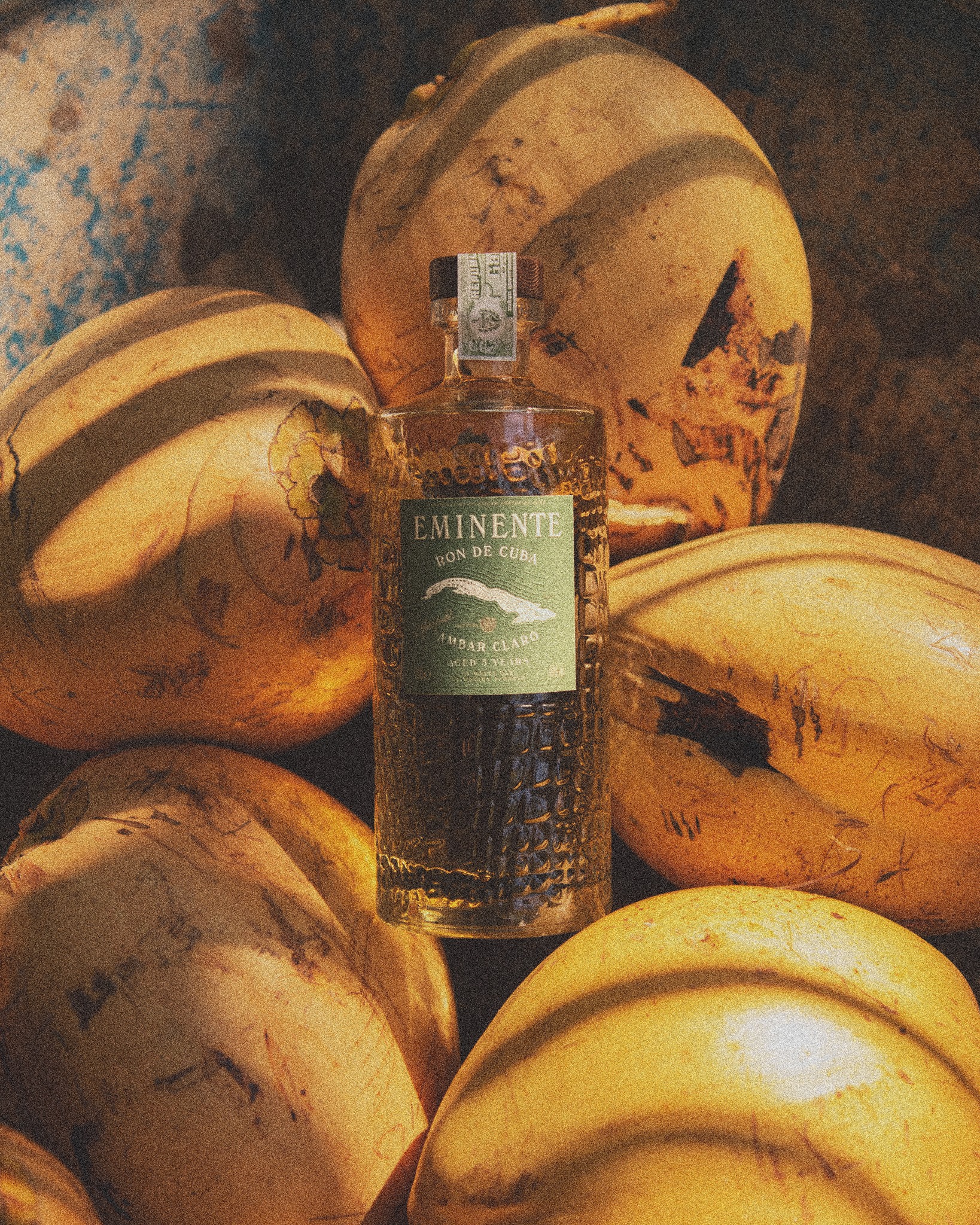 Ideal for sipping on its own, over a large ice cube or in cocktails, Eminente Reserva possesses the aesthetics of a traditional Cuban light rum but with the complexity and depth of a very old one.

A rich amber with mahogany hue, Eminente Reserva is at once intense and delicate on the nose. The initial aroma of freshly roasted coffee gives way to softer notes of dulce de leche, toasted almond and cocoa.

Whilst Eminente Ambar Claro is a gold-coloured rum, made with 30% aged aguardientes, a much higher proportion than many other light rums, making it a rum that is both fruity and ﬂoral, which will be particularly appreciated in cocktails or chilled.

A tribute to wild Cuba

Eminente finds its roots in the wild side of an island locals call 'Isla del Cocodrilo'.

This island is home to over 3,000 indigenous species including the Cuban crocodile, which hides in the Zapata Swamp, Cuba's largest wetland in the southern Matanzas Province. Revered by locals, the wild animal embodies the country's uncharted essence. Understanding its importance is an open door to exploring the best of Cuban nature and its unexpected characteristics.

Eminente is intrinsically linked to Cuba's untainted nature, down to its bottle and logo. Its sensorial, textured glass and crocodile-shaped island on the label are reminiscent of the native animal.

Understand the essence of Eminente Rum with this short video below.